The Australian architectural and decorative paints sector had another challenging year.  The residential housing market in Australia remained very soft throughout the period.  Indeed, annual sale volumes, for trade sector paints, fell 4% to June 2013 to 78.6 million litres.  The DIY residential market (retail sector paints) proved more resilient.  Sales Volumes here went up by 4% to 51.8 million litres from June 2012 to June 2013.  The percentage of architectural and decorative paints sold pre-GFC was split 35%/65% between retail and trade, whereas in 2012 the split was 40%/60%.  Overall, a slight gain has occurred with retail over the 12 months, whereas trade sales have declined, by around 10%, since 2010. 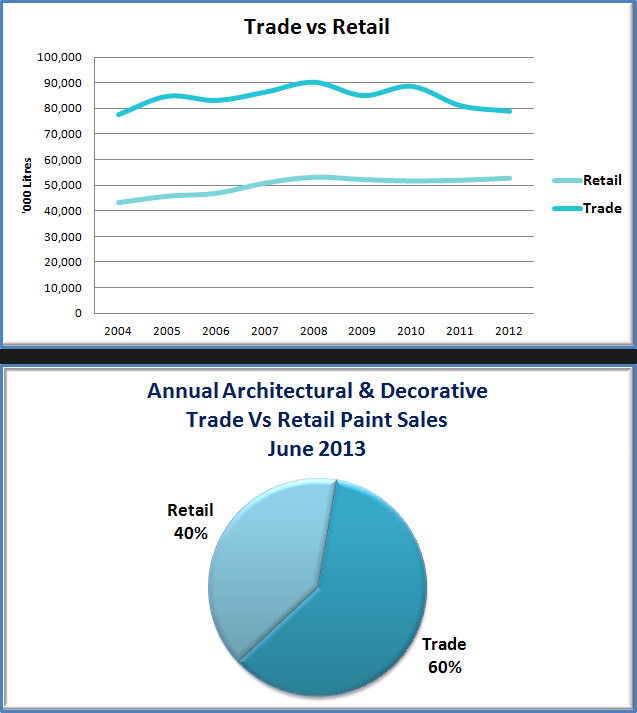 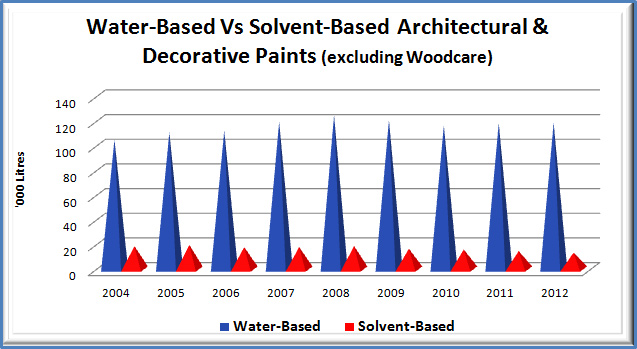 Woodcare Industrial Products have declined steadily since 2006, with a slight upturn in 2012.  However, the trend for Woodcare Architectural and Decorative Products saw an overall increase over the same period (with a decline in the last period). 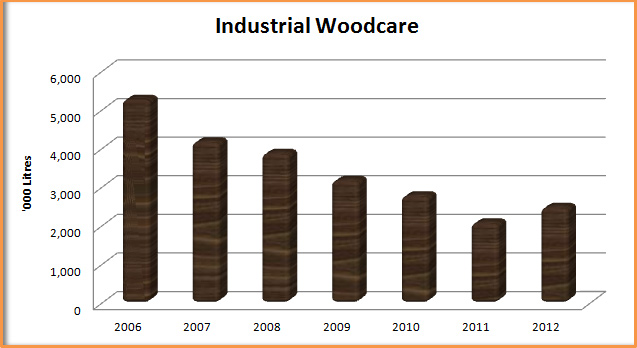 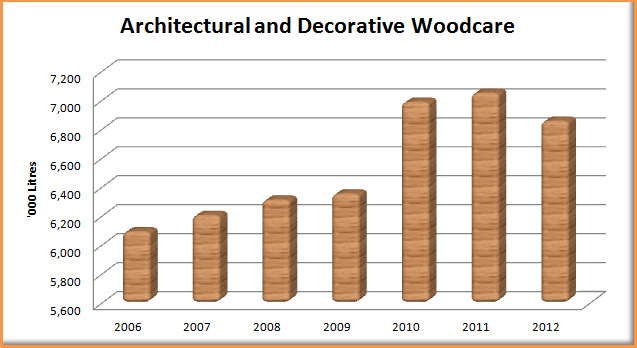 No surface coatings sector has been hit harder post the GFC and following the strong appreciation of the Australian dollar, than the industrial paints sector.  To a high degree, this sector also acts as an indicator for economic activity for the local manufacturing sector.

Automotive recorded a fall of nearly 34% from 4.76 million to the current year’s 3.14 million litres. 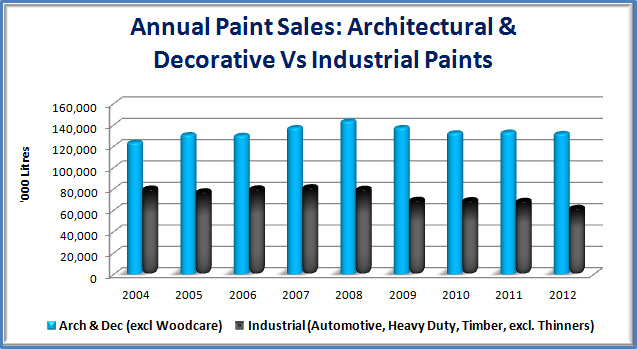 This third party material has been provided by Australian Paint Manufacturers Federation (APMF) for education and research information.

You are not permitted to re-transmit, distribute or commercialise this information or material without seeking prior written approval from APMF.